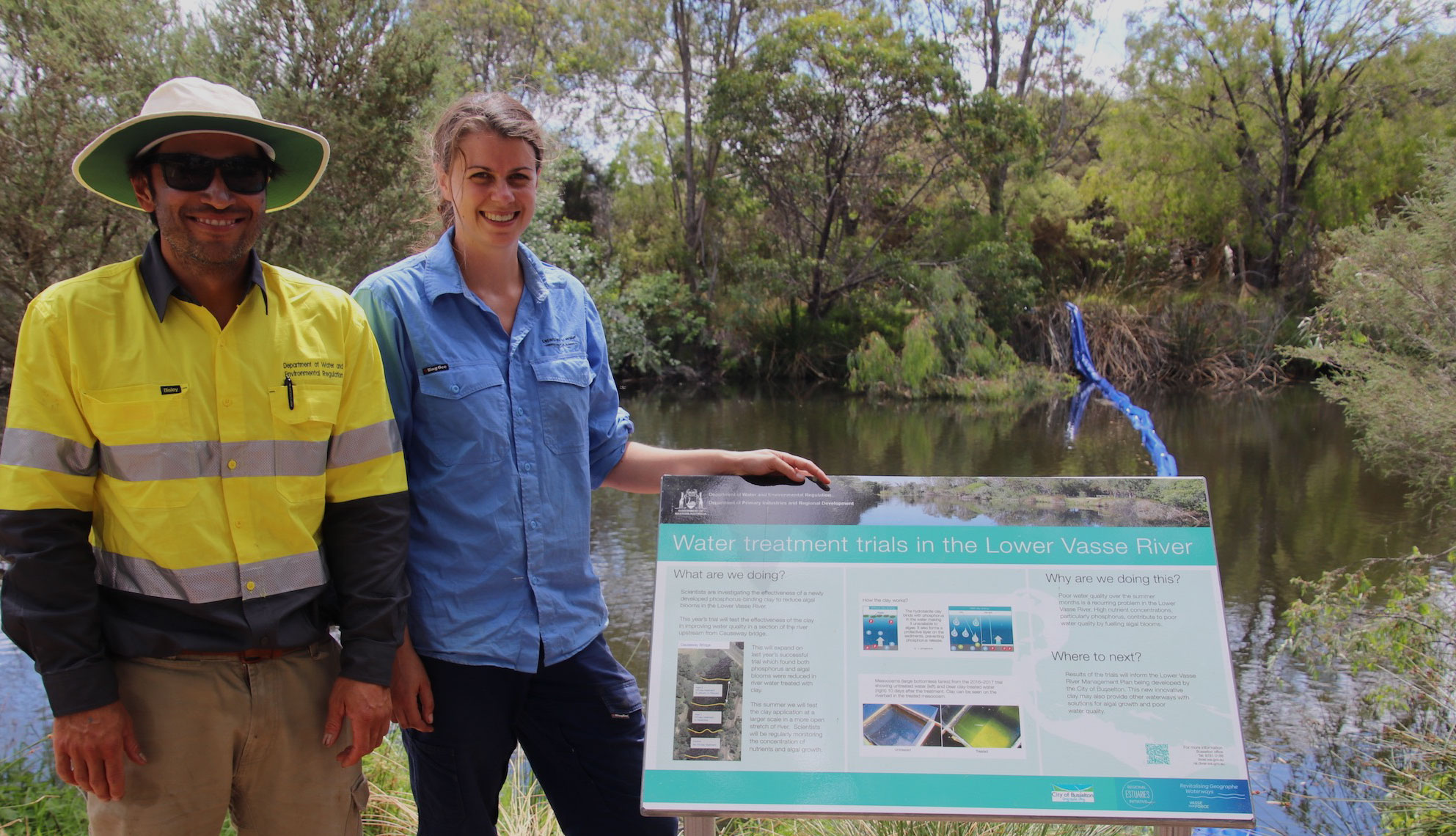 A unique trial using a Western Australian manufactured product to reduce algal blooms in rivers and estuaries is being extended in the Lower Vasse River this summer.

The trial of phosphorus binding clay expands on last year’s experiment using 15 large bottomless tanks, or mesocosms, embedded in the river upstream of the Causeway Bridge.

This year’s trial by the Department of Water and Environmental Regulation will test the clay application at a larger scale in a more open stretch of river.

Three trial areas of approximately 500 m2 will be established, two with differing times and rates of clay application, and one as a project control.

The clay will be applied from a boat using a spray boom with the different trial areas separated by floating curtains.

Lead scientist for the trial Dr Svenja Tulipani said last year’s trials showed the clay was highly effective at reducing both phosphorus and algae in the water.

“This year we are expanding the trial to see if the clay is effective at a larger scale,” she said.

“We will be monitoring the trial weekly to see how well the clay works, and whether it is an ongoing option in the future for water quality improvement in the Lower Vasse River.”

The trial is part of the Revitalising Geographe Waterways program and is co-funded by the Regional Estuaries Initiative, which targets a further five estuaries in the south west of the State.

“Algal blooms and poor water quality occur across many waterways and estuaries in the South West over summer,” project manager Malcolm Robb said.

“If this trial is successful we will be able to apply knowledge gained from the Lower Vasse River across other waterways and estuaries.”

This trial carries on the tradition of the State Government’s innovation in tackling algal blooms, with State agencies and CSIRO developing the nutrient binding clay product Phoslock, which is now a commercial product used worldwide to reduce algal blooms.

The clay used in this trial is a naturally occurring one that is modified with a mineral coating that binds the phosphorus.

It is considered a next generation product that provides a potentially lower cost and more versatile application than its predecessors, and could be used as a water treatment technique to support the health of rivers and estuaries while longer-term nutrient reduction activities in the catchment are being worked on.