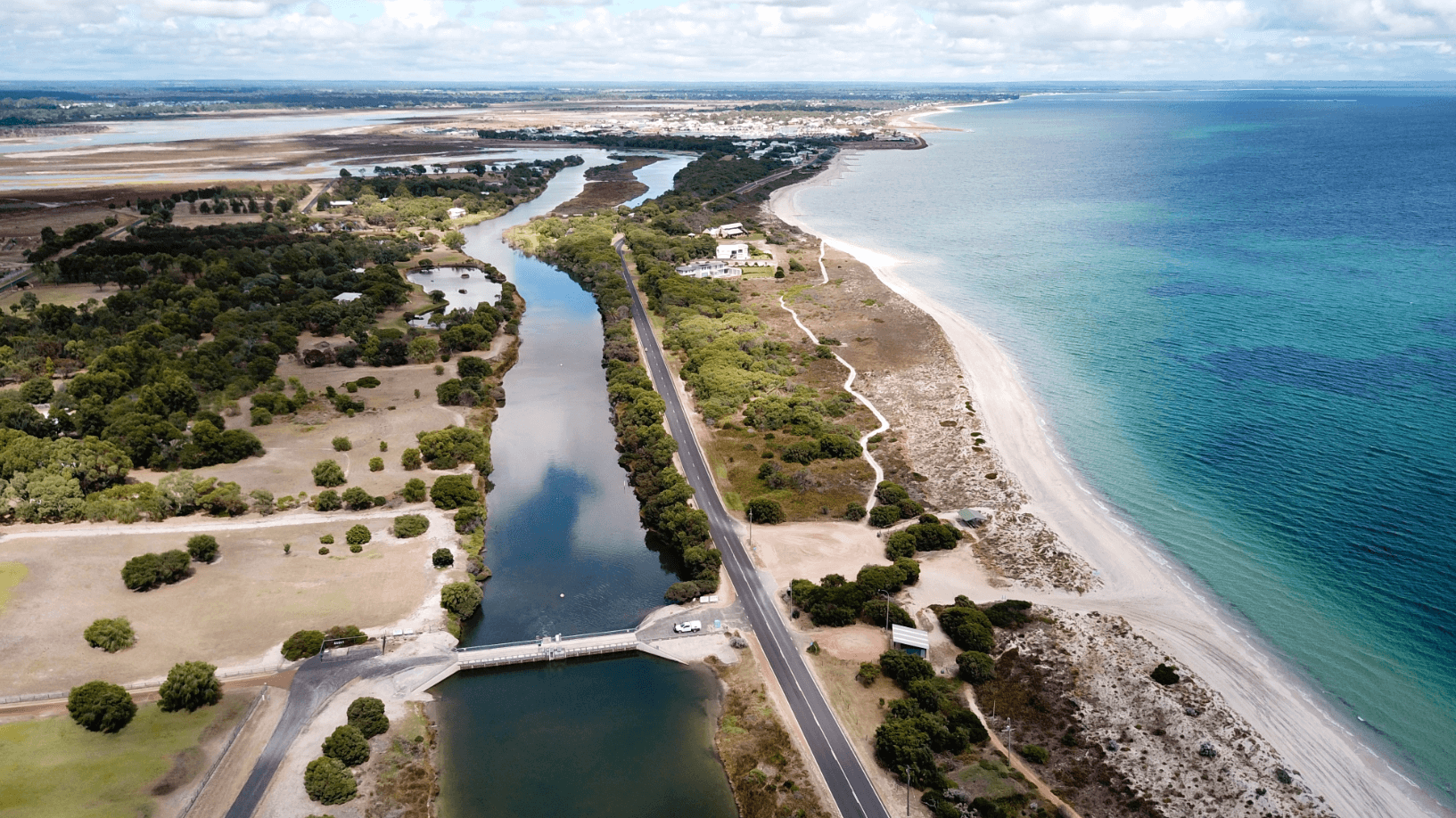 The complexities of water management and seawater trials in the Vasse estuary were demystified last week at a science webinar hosted by GeoCatch.

The webinar was presented by Dr Linda Kalnejais from Department of Water and Environmental Regulation and is part of a series of webinars that is exploring the Vasse Wonnerup wetlands.

Linda explained to participants how scientists are trying to both understand and improve water quality in the Vasse estuary by trialling changes to gate operations on the Vasse surge barrier.

“These estuaries are highly valued by the local community and internationally due to the large number and diversity of waterbirds they support” said Linda. “But they also suffer from water quality problems like algal blooms and fish kills, driven by high levels of nutrients in the system”.

“Our research is looking at what positive impact we can have on water quality by changing the timing and amount of seawater we let into the estuary over summer months”.

Trials began at the end of 2014 and the results were not always as expected.

One of the early learnings was that the stratification or layering of the water column was occurring, with denser saltier and/or cooler water at the bottom.  This bottom layer then doesn’t mix with the surface, preventing oxygen moving throughout the water column.  This is one of the main reasons the Vasse estuary exit channel can have low oxygen levels in summer.

“In 2015 we let seawater in slowly and found that this actually had a negative effect on oxygen levels in deeper water due to salinity stratification” said Linda.

But in 2017 we didn’t let seawater in and we still got stratification, this time it was a temperature stratification.  With the gates closed the water in the channel was very still and the surface waters became much hotter than those at the bottom.  This condition also leads to low oxygen in deeper waters.

“We are now also leaving the fish gates open all summer which gives enough water to reduce temperature stratification, while allowing fish to pass downstream to the Wonnerup Inlet” said Linda.

“This method has been used for three successive years and while we may never have a perfect recipe, monitoring has shown that we have vastly reduced the number of hours of low oxygen in the bottom layer and improved phytoplankton numbers in the estuary.”

“Water levels in autumn are now 10cm higher, and the upper estuary is now wet in summer where it previously dried out. We are monitoring aquatic plants, macroinvertebrates, fish and waterbirds to determine any impacts” said Linda.

In 2019 bird numbers on the Vasse declined substantially after the gates were opened. The cause of the decline is unknow but may have been caused by increased salinity and/or water levels due to the seawater inflows.

“It is a balancing act between protecting ecological values upstream whilst improving water quality in the channel to prevent algal blooms and fish kills”.

The Vasse Wonnerup Wetlands Partnership leads the management of the Vasse Estuary with representatives from Department of Biodiversity, Conservation and Attractions, Department of Water and Environmental Regulation, Primary Industries and Regional Development, City of Busselton and Water Corporation.

The final webinar in the series will be held on 11 November and presented by Kim Williams from Department of Biodiversity, Conservation and Attractions, who will be speaking about the amazing waterbird life on the Vasse-Wonnerup. To register visit the GeoCatch website or Facebook page.

This webinar has been recorded and is available to view on GeoCatch’s YouTube channel https://www.youtube.com/watch?v=RWfXhbCFVOQ&t=2422s

This webinar series is funded through the state government’s Revitalising Geographe Waterways program which aims to improve water quality, waterway health and management of Geographe waterways.