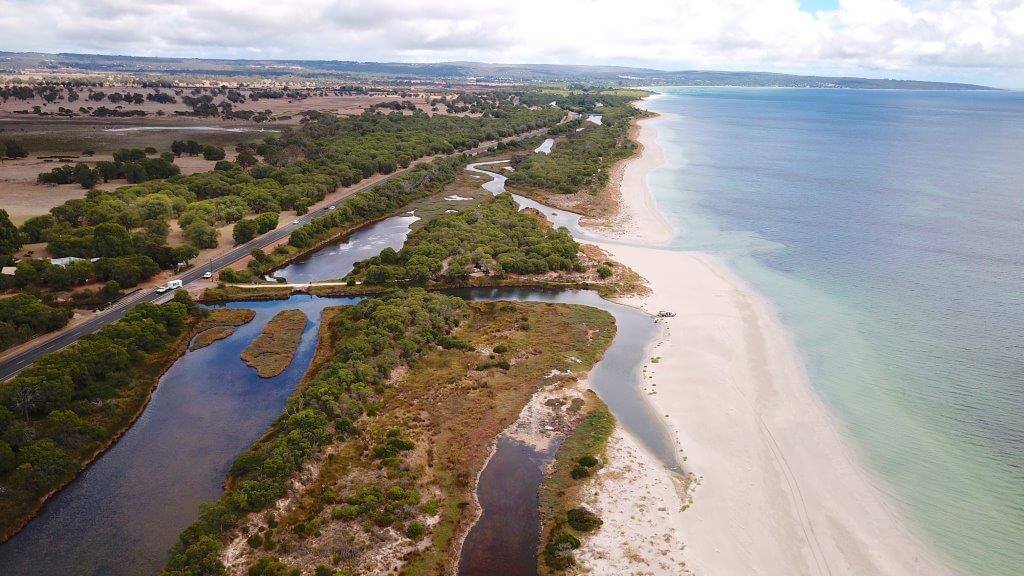 A report tracking the progress of Revitalising Geographe Waterways’ projects is now available to the public.

“This annual report to the community highlights work done over the past 12 months to improve the health of our waterways, and is part of our commitment to keep the community informed,” Dr Talbot said.

The 2017 report highlights a big year for scientists from the departments of Water and Environmental Regulation and Biodiversity, Conservation and Attractions, and Murdoch University, with major studies carried out in the Vasse Wonnerup wetlands, Toby Inlet and Lower Vasse River.

Monitoring of Black bream to track their recovery since a major fish kill in 2013 continued this year, and Murdoch University expanded this work to include fish tracking and movement through the Vasse surge barrier.

Other scientific studies highlighted in the report include seasonal monitoring of waterbirds, fish, invertebrates and aquatic plants, assessing the effectiveness of seawater inflows to improve water quality, and assessing the effectiveness of phosphorus binding clays and an oxygenation plant to improve water quality and reduce the risk of fish kills.

“As a direct consequence of science investigations in 2017, the Water Corporation removed sediment build up in front of the Vasse Surge Barrier and the City of Busselton opened the Toby Inlet sandbar over summer, resulting in substantial improvements to water quality.

Dr Talbot said 2017 was also a successful year working on reducing nutrients in the catchment.

“26 farmers participated in GeoCatch’s soil testing project on 3,642 hectares of grazing land, 10 dairy effluent upgrade plans were developed and two soil amendment trials were established in an agricultural drain and a turf farm,” she said.

“A further 1.6 hectares of riparian vegetation was also re-established.”

The Revitalising Geographe Waterways Report to the Community 2017 is available for download here.