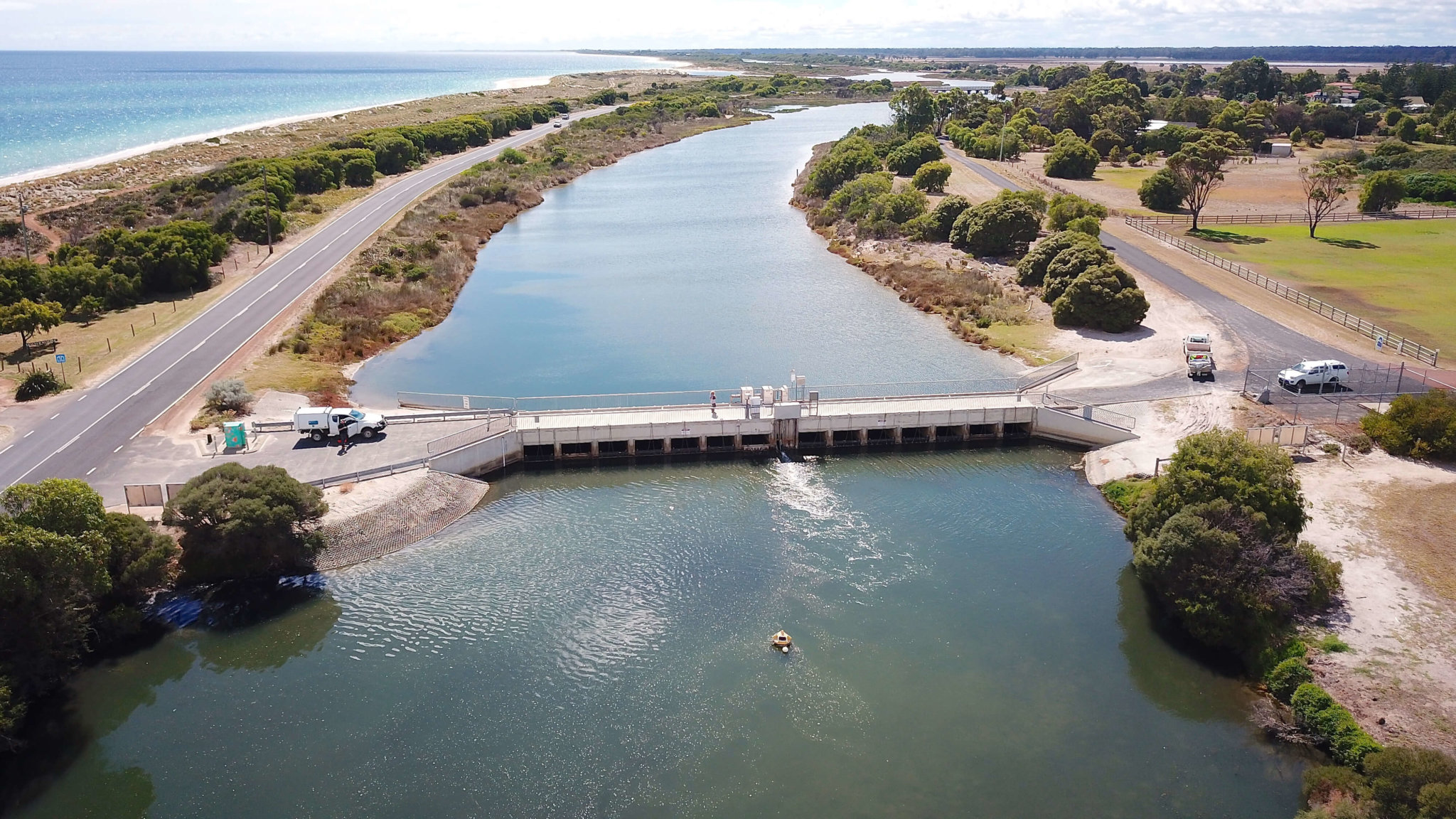 The successes of the past 12 months of the Revitalising Geographe Waterway program were showcased last week in Busselton at the program’s annual community update and launch of the annual report. A rare accomplishment in waterways management, Department staff were able to present significant reductions in nutrients entering many rivers and visual improvements in water quality in local estuaries, including the Vasse Wonnerup wetlands.

In addition to achieving on ground improvements, Revitalising Geographe Waterways has built high community confidence that the program will achieve long-term water quality improvements. Program Manager Kath Lynch was pleased with the feedback from community members, with over 75% of the participants believing the project was on track and confident that we would be able to achieve medium to long term improvements in water quality.

“This is a major step forward from when we started when community confidence was low and outrage high due to major algal blooms and regular fish kills” said Kath.

A major focus of the Revitalising Geographe Waterways program has been turning science into action.  As a direct result of modelling investigations the sandbar of the Toby Inlet, a small estuary north of Dunsborough, was opened over summer months greatly improving water quality and increasing fish diversity.   Similarly, knowledge gained from three years of science investigations in the Vasse Estuary was instrumental in actions taken over summer to manipulate seawater inflows into the estuary, greatly reducing toxic algal blooms and reducing the risk of fish kills.

“As a result of our science we were able to work with the local managers to implement actions that resulted in visual improvements in water quality” said Kath.  “It is a great example of the importance of science in managing our water resources”.

On ground works in the catchment to reduce nutrients was also a major focus of the program with our partners GeoCatch working with over fifty farmers to optimise fertiliser use, improve dairy effluent management and protect waterways through fencing and revegetation.  Another two hundred community members participated in gardening workshops and demonstrations.  These actions value added to previous work undertaken by GeoCatch with the local community across the catchment resulting in a significant reduction in nutrients entering Geographe Bay.  These actions combined with innovative soil amendment trials being rolled out at a landscape scale are providing evidence that improvements can be made in water quality despite increasing urbanisation and agricultural intensification.

The Revitalising Geographe Waterways program is a working example of water stewardship with a collaborative approach across all levels of government, industry and the community greatly enhancing and accelerating water quality outcomes on a catchment scale. Extending collaboration opportunities to the community has greatly enhanced awareness, improved relationships and is building confidence in achieving long-term water quality improvements.

The four year $15 million Revitalising Geographe Waterways program was launched in December 2015 and is supported by the State Government to improve water quality, waterway health and management of Geographe waterways.  The program is overseen by the multi-agency Vasse Taskforce, Chaired by the Hon Dr Sally Talbot MLC, member for the South West region.

For a copy of the 2017 annual report go to:  https://rgw.dwer.wa.gov.au/rgw-publications/