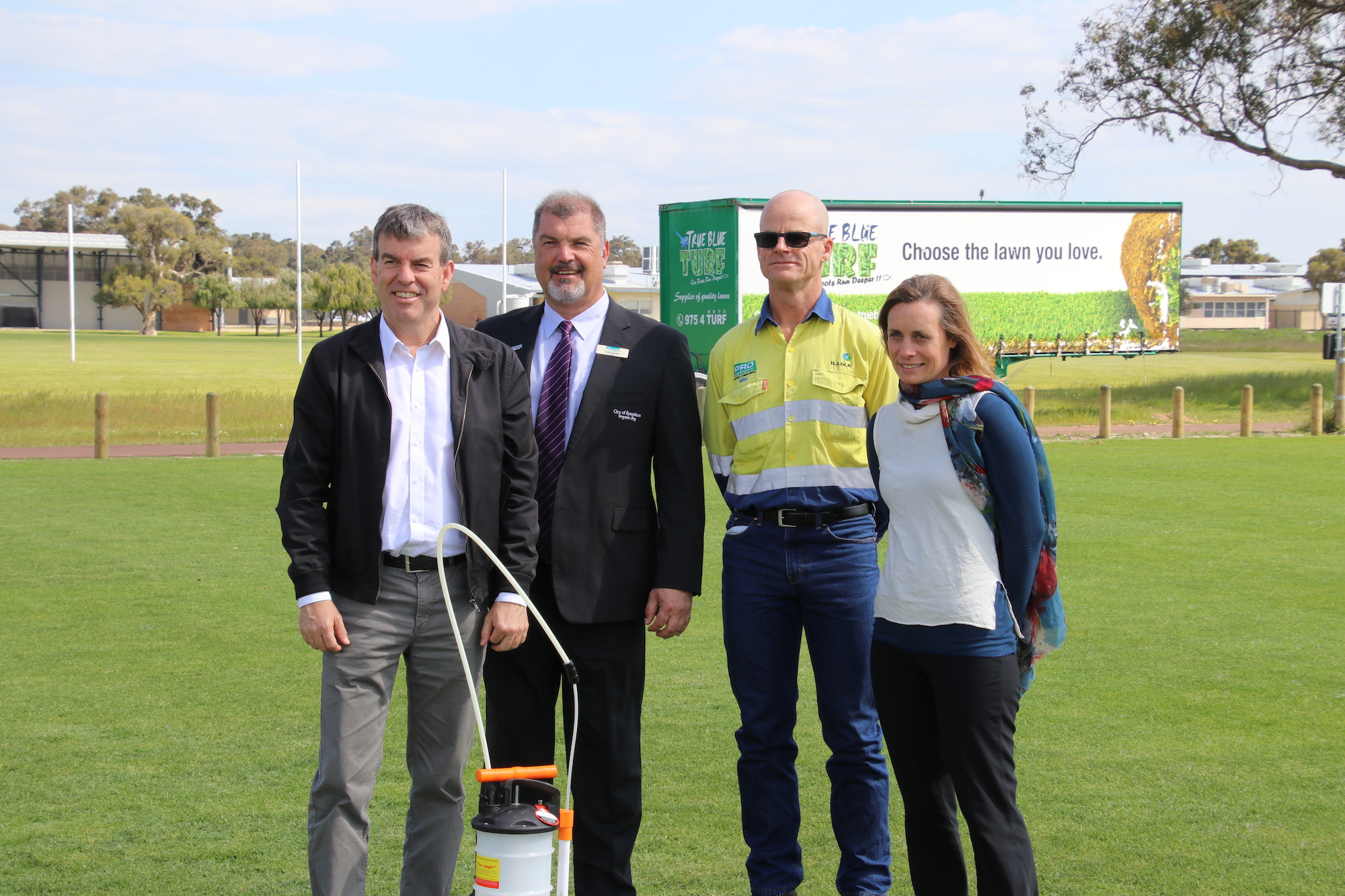 The next stage of Soil Amendment Trial at Vasse Oval

Monitoring stations to collect water samples from beneath the ground surface were installed this week in the next stage of a soil amendment trial at Vasse Oval.

The trial at the Vasse Sporting Complex aims to reduce the level of nutrients leached from the newly constructed oval, a consequence of fertilisers applied when the land was farmed.

The partnership between the City of Busselton, the Department of Water and Environmental Regulation, and Iluka Resources is trialling the use of the soil amendment product Iron Man Gypsum (IMG).

This site of the sporting complex was previously grazed and fertilised, which left a legacy of high phosphorus content in the sandy soils. Without treatment the site would continue to leach this phosphorus into local waterways.

Dr Kath Lynch, the Geographe Capes District Manager from the Department of Water and Environmental Regulation said the trial incorporated IMG into the subsoil under the newly laid turf.

“This is a really exciting trial and we are happy to be working alongside the City of Busselton to assess the effectiveness of the soil amendment in reducing nutrient loss off the new oval site” Dr Lynch said.

“If this trial is successful we may be able to address the nutrient legacy from the past as well as reducing future nutrient runoff from the oval”.

IMG binds phosphorus, keeping it within the soil and making it available for plant growth rather than washing into local waterways.  Using soil amendments such as IMG offers a treatment option to reduce nutrient leaching from large areas of turf and is particularly useful on sandy soils that have been fertilised for a long time.

The water monitoring stations called lysimeters will be monitored once a month over winter and autumn to track how effective the soil amendment treatment is at reducing nutrient leaching.

The trial at the Vasse Sporting Complex is the largest of four soil amendment trials being undertaken as part of the Revitalising Geographe Waterways Program.