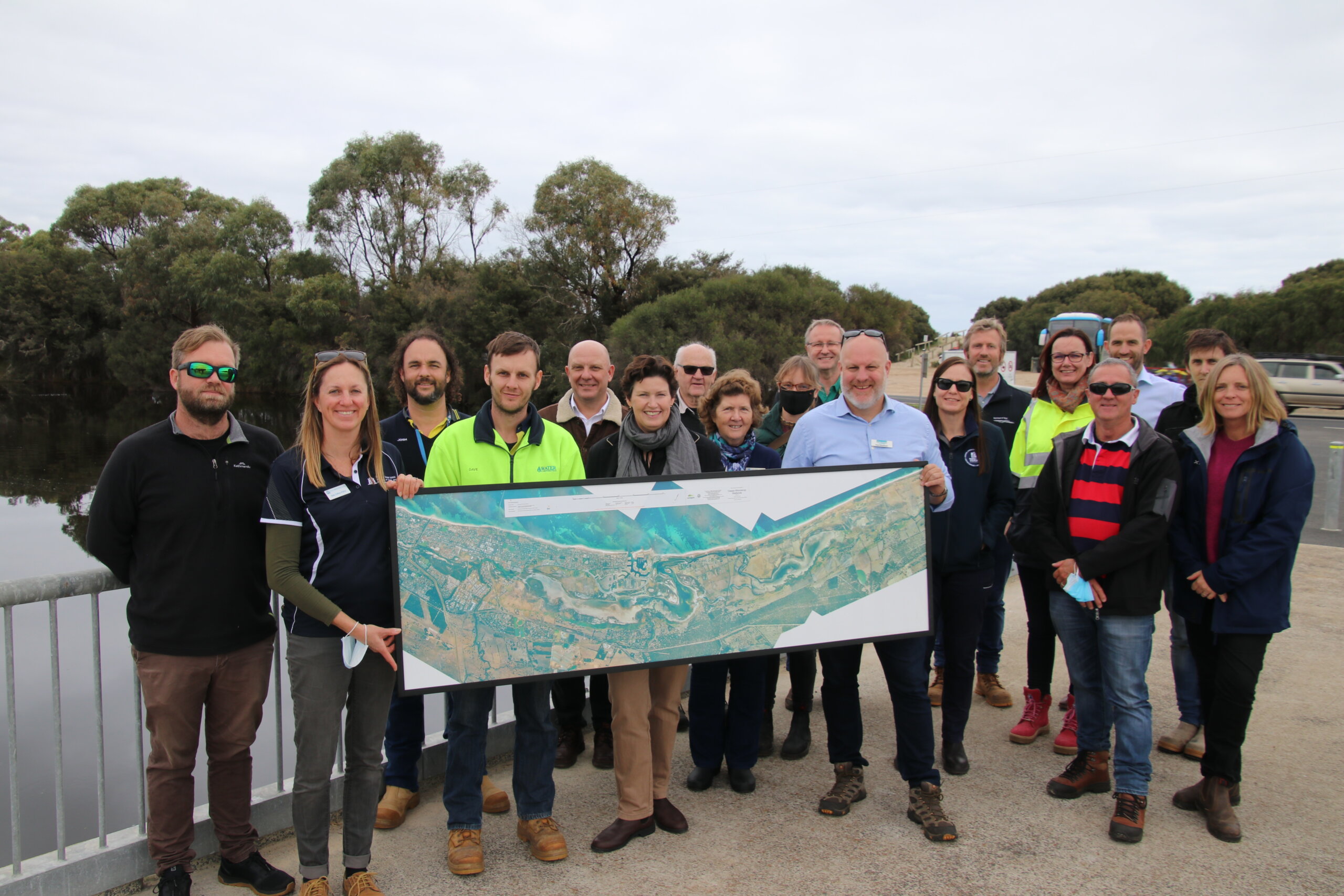 The Vasse Taskforce took an in-depth look at Geographe waterways and the local drainage network in Busselton recently on a bus tour hosted by local NRM group GeoCatch.

The Vasse Taskforce was established in 2014 to provide leadership and support to improve water quality of Geographe waterways.

Taskforce Chair Jackie Jarvis MLC said the bus trip was important for Taskforce members to familiarise themselves with the catchment, understand some of the challenges of improving water quality and discuss projects.

“Geographe catchment waterways have been diverted and modified since the late 1920’s to mitigate flood risk and to allow development in the region. At times this has contributed to poor water quality,” said Jackie.

Starting at the newly upgraded Vasse Diversion Drain culverts, Taskforce members were able to see first-hand the two new penstock that were installed in 2021 to increase flows to the Lower Vasse River.

Jackie Jarvis said she was impressed with the work that had been done by Water Corporation and the Department of Water and Environmental Regulation (DWER) to install and manage the new penstock, which has addressed community interest in increasing flows to the Lower Vasse River in winter.

“It was great to see the new penstock in place that have the ability to double the flow rate to the Lower Vasse River without increasing flood risk” said Jackie.

Taskforce Chair Jackie Jarvis said the tour highlighted the complexity of the water quality and flood management issues in the Geographe catchment.

“As the new Chair for the Vasse Taskforce, I was keen to see the issues that we are dealing with as a group. The tour highlighted the hard work and commitment of the management agencies responsible for managing Geographe waterways”.

The Vasse Taskforce provides strategic direction and support to the lead agencies responsible for delivering on projects under Revitalising Geographe Waterways and reports to the community on outcomes of activities undertaken to improve waterway health in the Geogrpahe catchment. For more information on the Vasse Taskforce visit https://rgw.dwer.wa.gov.au/about-vasse-taskforce/.