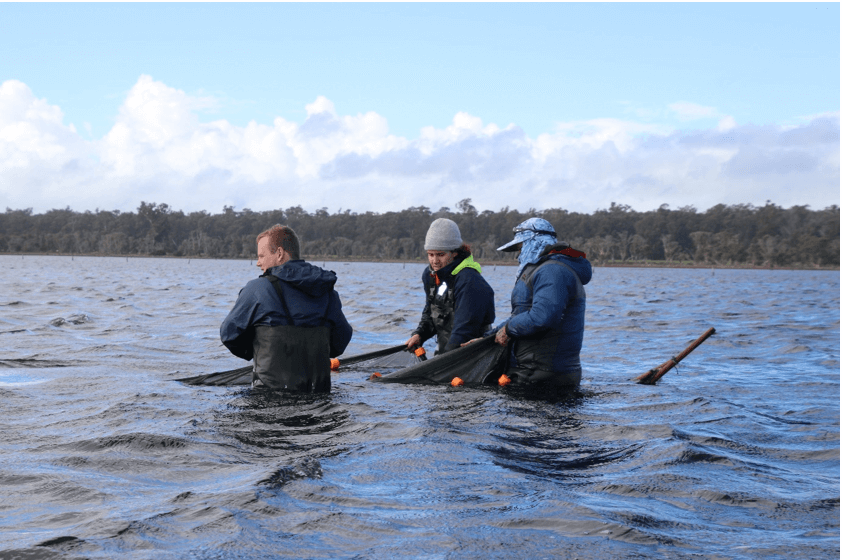 Two new fish studies by Murdoch University are providing insight into fish species living in the Vasse and Wonnerup estuaries near Busselton.

The Department of Water and Environmental Regulation (the Department), on behalf of the Vasse Wonnerup Wetlands Partnership, commissioned Murdoch University to undertake the two research projects.

The first study focused on Black Bream and aimed to determine how Bream use the fish gate to pass through the Vasse Estuary Surge Barrier. Murdoch University, with help from the local community tagged and released 322 Black Breams using state of the art internal electronic tags. Over an 18-month period, tagged fish passing upstream and downstream through the fish gate were recorded.

The study found that the Bream’s movements through the gate were unrelated to their spawning activity; supporting results from earlier studies by Murdoch University that showed the Vasse Estuary is not a key breeding site. Instead, Bream were previously found to use a section of the Wonnerup Inlet downstream of the surge barrier (called the Deadwater) to reproduce.

Richelle Addicoat who undertook the project as part of her Honours project, found that Black Bream avoided going through the fish gate when there are large differences in water levels upstream and downstream of the Surge Barrier.

“The Bream were much less likely to pass through the fish gate unless the water level was the same upstream and downstream” said Dr Stephen Beatty who supervised the project.

“There was also a weak but significant influence of dissolved oxygen on fish passage, with Bream mostly preferring to move towards water with higher oxygen levels”.

This information will be used by managers to operate the fish gate at the Vasse Surge Barrier to allow fish passage.

The second fish study undertaken by Murdoch University aimed to determine the types and abundances of fish living in the Vasse Wonnerup estuaries and see if there were differences seasonally and annually between July 2017 and March 2020.

100,468 fish were caught and released over the course of the study, and Dr James Tweedley, who led the study, commented that these represented 24 species.

“12 of the species found can breed in estuaries, 10 reproduce in marine waters and their juveniles use estuaries as a nursery area. Only two species recorded reproduce in freshwaters” said Dr Tweedley.

A far wider range of species and generally greater abundances were recorded in Wonnerup Inlet than the upstream regions. This indicates that many of the juvenile marine species do not utilise the Vasse and Wonnerup estuaries.

“Fish composition however changed cyclically among the months, with the lowest diversity in July and greatest in March. This reflects the timing of the spawning of estuarine species like the Hardyheads, Gobies and Black Bream, particularly in areas upstream of the surge barriers” he said.

Higher numbers are also associated with the more marine salinities and an open sand bar in Wonnerup Inlet during the January and March sampling.

This project is part of the Revitalising Geographe Waterways Integrated Ecological Monitoring Study that aims to better understand the relationships between water regime, macrophytes (aquatic plants) and the abundance of benthic macroinvertebrates, fish and birds in the Vasse-Wonnerup Estuaries. 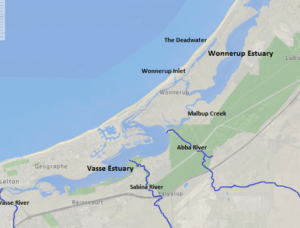