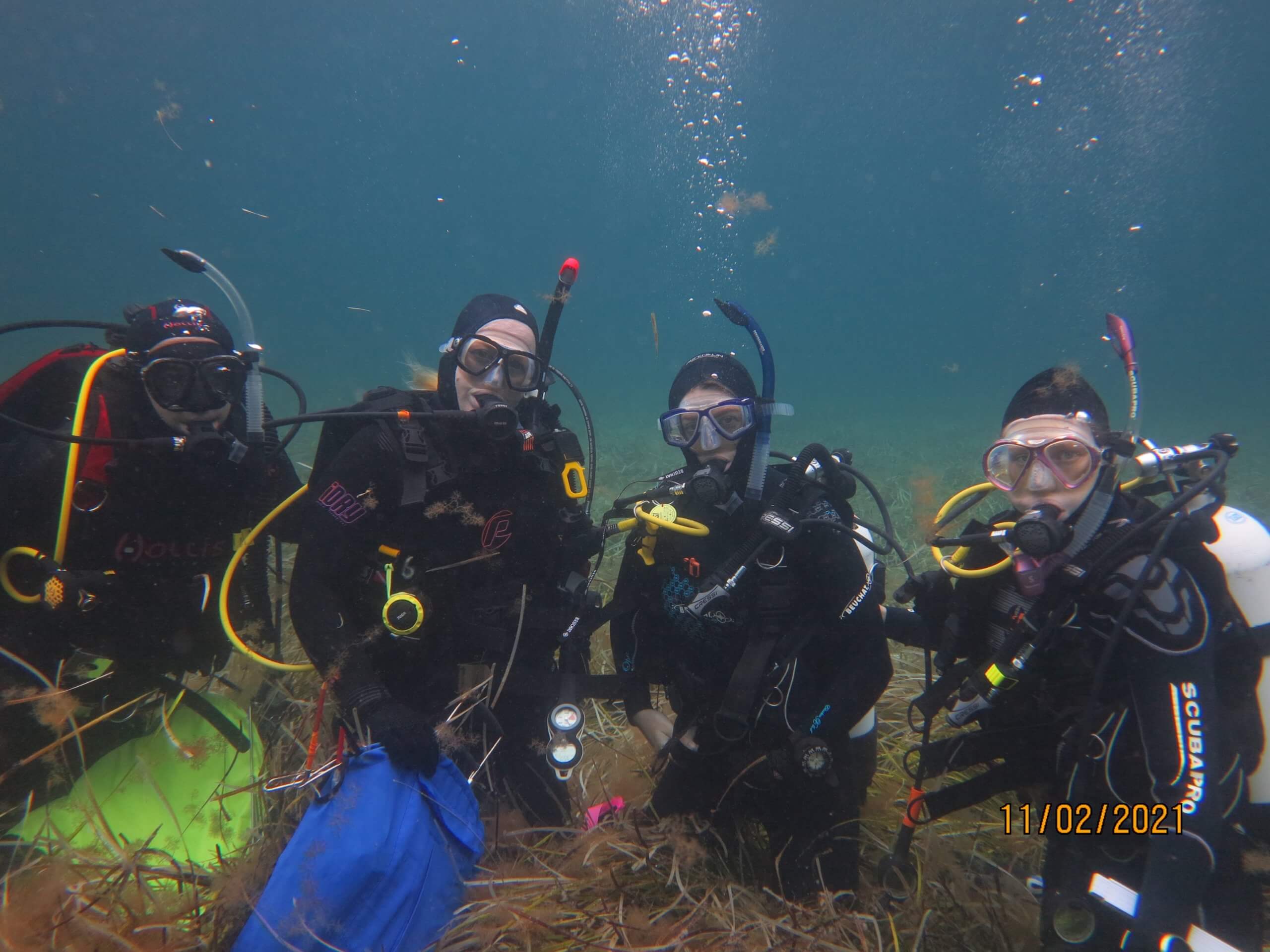 Geographe Bay seagrass meadows are in overall healthy condition according to a report released this week by GeoCatch. The report summarises 10 years of data collected by scientists as part of the ‘Keep Watch’ seagrass monitoring program.

Each summer, scientists from Edith Cowan University join divers from the Department of Biodiversity, Conservation and Attractions to monitor the seagrass meadows at eight sites across Geographe Bay.

Associate Professor Kathryn McMahon from Edith Cowan University says scientists have identified no major concerns regarding seagrass health. There have been fluctuations in seagrass shoot density but no significant trends of decline, and no management triggers breached.

“This year, most sites did have a small to modest decline, however for all but one site, this was in the range observed over the ten year period. This is why it is important to keep monitoring regularly, so we can track seagrass health over time” said Associate Professor McMahon.

“Shoot densities in Geographe Bay are above or in the upper range of other temperate Posidonia sinuosa seagrass meadows in Western Australia, highlighting the value of this ecosystem”.

GeoCatch coordinates the program to track any potential impacts from nutrients entering Geographe Bay from waterways and drains. Algal epiphyte load on seagrass can be a good indicator of nutrient enrichment.

In Geographe Bay, epiphyte cover has fluctuated over time, with sites in the centre of the bay having the highest epiphyte cover. The last two years have had the highest cover observed with three sites recording ‘high’ cover.

“The most common types of algae present are microalgae, which is not often associated with nutrient enrichment in seagrass ecosystems. As no significant seagrass declines were observed, this is not a major concern at this time, unless the algal cover persists or continues to increase into next year”.

The project is only possible with funding from the Water Corporation, who have committed to support the program through to 20??.

Seagrass mapping is also adding value by determining the extent of the overall meadows. The project will see the Department of Conservation Biodiversity and Attractions assess seagrass cover using satellite imagery from Geographe Bay to the boundary of the Ngari Capes Marine Park. The information will be used as a benchmark against which the seagrass cover can be monitored and compared in the future.

“It has been 13 years since mapping was undertaken in Geographe Bay so it is really important and complementary information for the program” said Associate Professor McMahon.

The 2021 Keep Watch seagrass report can be found on the RGW website https://rgw.dwer.wa.gov.au/wp-content/uploads/2021/07/KeepWatch2021_FINAL.pdf