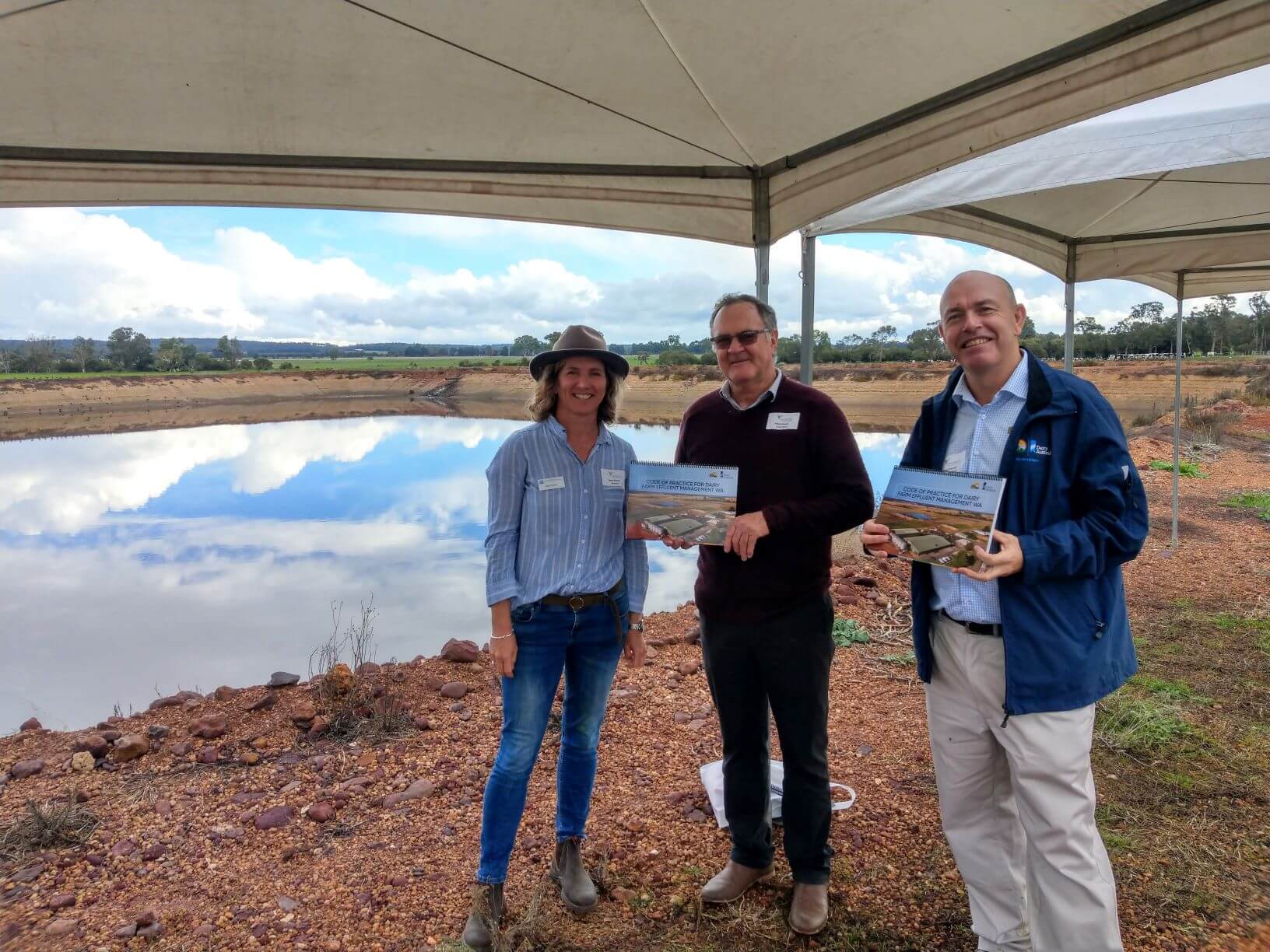 Hours of time, money and careful planning by farmers in the Geographe Bay Catchment to upgrade their dairy effluent systems has them on the front foot to manage dairy effluent this winter and into the future.

Ten dairy farmers took up the opportunity for funding incentives to upgrade their systems and have an effluent plan developed through an accredited system designer. The upgrades were a key project of the Revitalising Geographe Waterways program to reduce the amount of nutrients entering waterways and Geographe Bay.

The upgrades have supported farmers find solutions that fit their individual farms and herd sizes. Better management of solids, storage solutions and systems to reuse effluent on pastures were included in the upgrades.

Yoongarillup farmer Garry Haddon had the opportunity to showcase his upgraded system to over 300 farmers at Dairy Innovation Day in May.

“Effluent management can be a really big headache,” said Garry.

“We are one of the largest dairies in the area and we have to be proactive about managing effluent on our farm.”

A new Code of Practice for Dairy Farm Effluent Management in WA was released by Western Dairy at the industry event in May.

DairyCare Coordinator Bree Brown asked Mr Haddon what it meant to their dairy business to have an effluent system that meets the standards in the new Code of Practice.

“It’s really important. It’s important for the industry. The funding and support we’ve had from GeoCatch has been really helpful to help us meet the standards,” Garry told the crowd of farmers and industry members.

The Armstrongs, who have a dairy farm near the Ludlow River in Tutunup, were very pleased with their completed upgrade. They were able to use their irrigator imported from Europe to apply effluent to pastures prior to the opening autumn rain.

“It has worked brilliantly. The pond has been emptied, the irrigator packed up and ready to be stored until later in the year. It was a hectic few months to get everything in place, but we are very pleased with the end result,” said Lisa Armstrong.

Western Dairy will continue to provide technical advice on effluent management to farmers and the industry through the Department of Water and Environmental Regulation Healthy Estuaries WA program.

DairyCare project coordinator Bree Brown said the ongoing partnerships with industry and farmers had been critical to improving effluent management in WA.

For further information contact Bree Brown on 97810 111 or email breanne.brown@dwer.wa.gov.au