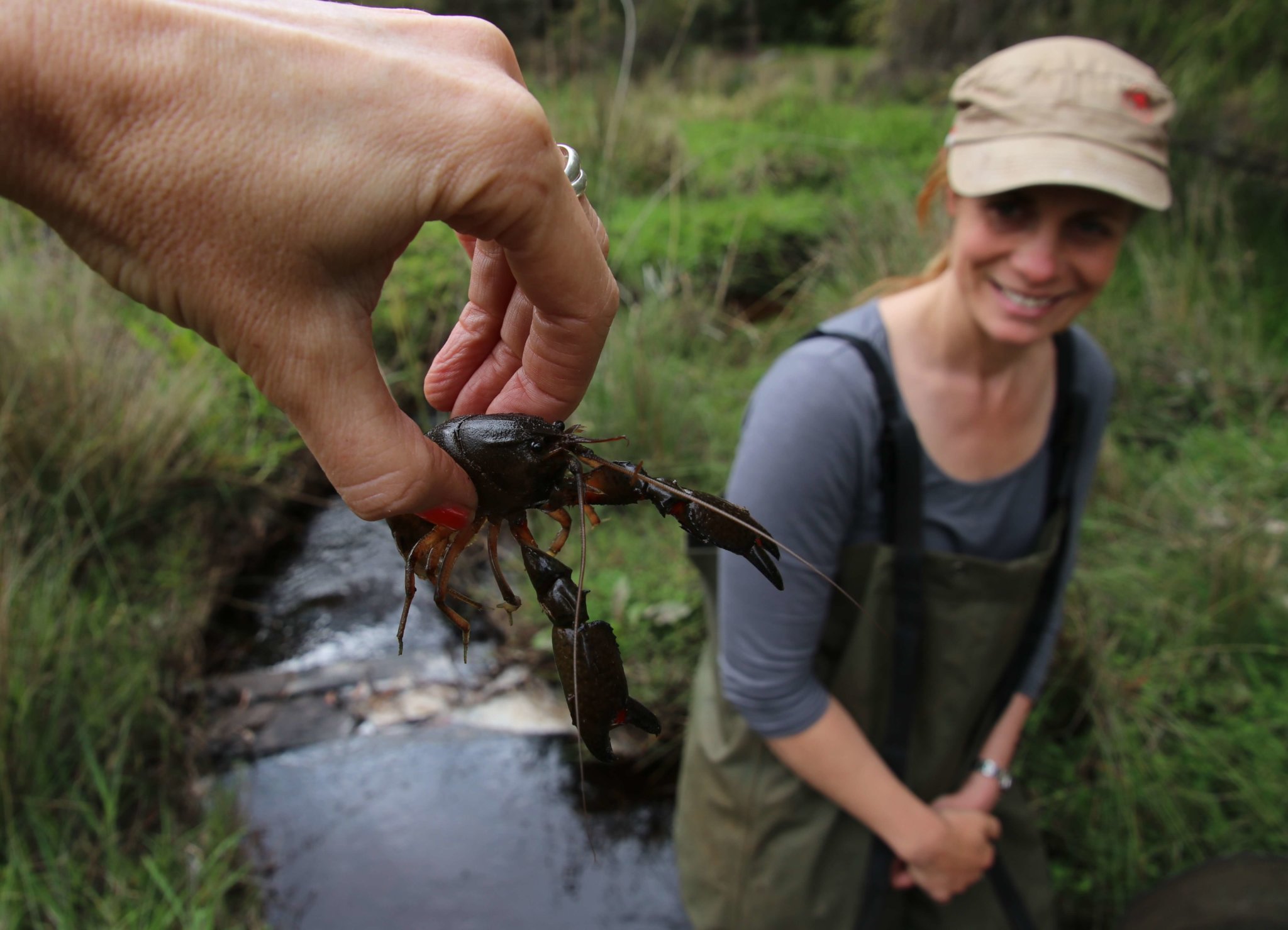 Waterways in the Geographe catchment are home to a healthy population of native fish and crayfish species, many of which only occur in the South West of WA according to a river health check-up carried out last week.

Scientists from the Department of Water and Environmental Regulation have been investigating the health of streams and waterways in the Geographe catchment as part of the department’s Healthy Rivers program.

This recent assessment shows the waterways support good ecological values with a range of native fish and crayfish species found at each site.

“The most abundant crayfish species we found was the gilgie,” lead scientist Bronwyn Rennie said.

“This species is able to survive the dry season by burrowing into the water table.

“This is a remarkable adaptation to the seasonal nature of many of the streams of the south west.”

The highest numbers, including juveniles, of native fish were recorded at a site in the lower Annie Brook.

“The stream dries out over summer, but at this site a shallow pool remains, which is likely to serve as a critical refuge for these species over the summer,” Bronwyn said.

The fish species of the south west generally breed during winter and early spring, and then retreat to summer refuge pools as their habitats cease to flow and dry out.

The assessments will be used to support on ground works to protect Geographe waterways including excluding stock and revegetating riparian areas to maintain and enhance the habitats of aquatic fauna and buffer nutrients from entering waterways.

GeoCatch is currently working with 25 local landholders to carry out fencing and revegetation projects to improve the ecological health of waterways across the Geographe catchment as part of Revitalising Geographe Waterways program.

The river health assessments are part of the Healthy Rivers program which monitors the long-term health of rivers across South West WA.